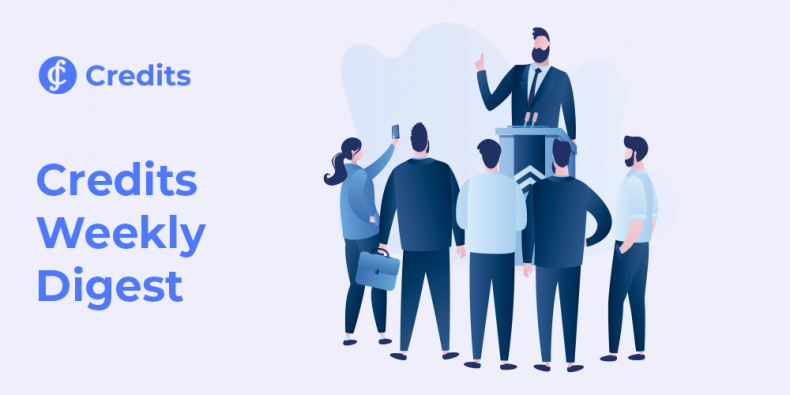 Dear Credits Community, the other Friday and our Weekly Digest with the latest updates!

Traditionally, we have answered most of your questions in our Q&A Session with Credits CEO on February 2nd.  Please find the full version of it here, in case you have missed it.

Following up on the news from the last week on two internal tests, here we would like to provide more details.

As you know, two tests were planned to be run this week after the bug fix. Our original estimation was that only two days will be needed to complete the coding to stabilize the node with high transactional loads. We were wrong, and it's taking longer than we expected, so these internal tests will be delayed slightly.

The issue we are working on was discovered during an internal test involving external developers, and it only revealed itself because last week's test involved a larger number of nodes than we normally deploy when conducting these types of tests.

The analysis of this issue took far longer than we thought as we had to sift through numerous log files. However, it proved worthwhile and we have found a solution.

Currently, part of the functionality has been investigated and several unit tests with profiling were carried out. We have also refactored parts of the code into independent programs and this task is still underway.

This additional work will serve us well, as it will further increase the stability of the node, and reduce the size of the memory consumption.

By resolving this now, we will certainly improve the processing power of the blockchain and subsequently, the Speed/Load Tests’ results.

We will announce the dates for two internal tests as soon as we complete this task, and we are very hopeful to do this next week.

In the nearest days, we will also be publishing the technical requirements to participate in the Public Speed/Load Test, so anyone wishing to join will have time to get the hardware ready in advance.

The team continues preparing a new release of the Digital Wallet. We are now finishing the testing of acquiring function (option to buy crypto by card). This is the last added functionality that needed testing. The release is as per the roadmap in Q1 February, the announcement will follow.

Have a good weekend, and stay tuned for the news from us next week!

News Credits Blockchain to Enter Global Stage: Mainnet Swap is on the Way Nov 26 ,2019
Get started with Credits