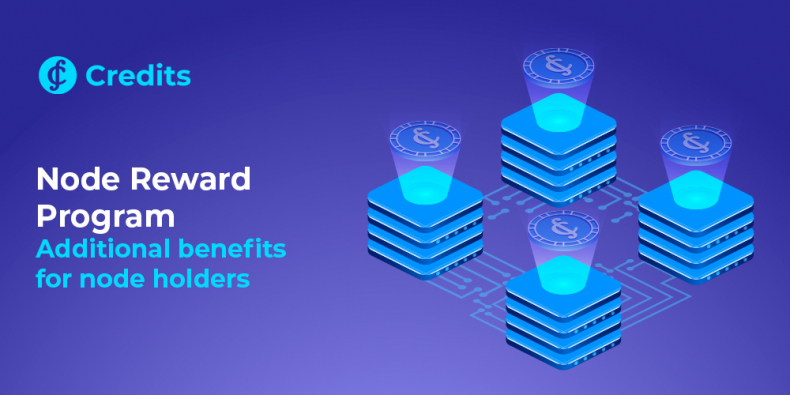 Credits team is glad to announce the launch of Node Reward Program. The purpose of this program is to make the blockchain ecosystem more decentralized and increase the demand for Credits node owners.

Every month Credits team will distribute $10,000 in CS between all owners of Credits node. The Node Reward Program is considered to be launched from March which means that the users who have been running Credits node since the beginning of March will also receive the reward. In March the price of CS was 0.025 USD which means that the Credits team will distribute 400,000 CS. The exact amount of CS which the owner of the node receives depends on how many times the node participated in consensus algorithm and get trusted.

You can find more information about the reward distribution in spreadsheet.

How to Earn Credits?

First of all user’s PC should fit the recommended system requirements:

Also, the user should have the minimum amount of coins, required for a node to participate in a consensus mechanism and get rewards - 50,000 CS. More information about the Credits blockchain network you can find on Developer’s Hub.

Credits team appreciates the support of Credits blockchain platform and takes measures to ensure the stability of its work. Such approach allows Credits to increase the number of node owners and the decentralization level, to provide a reliable high-tech product that can change the modern perception of the digital space. Thanks for your support!